This is Generation Twelve of the Main Ancestral Line. Use the links to go forward and back and the main ancestral chart to navigate. Names in bold type continue the ancestral line down.

This generation of the Breach family lived/live in Yorkshire. Places include, Leeds, Malton and Doncaster. 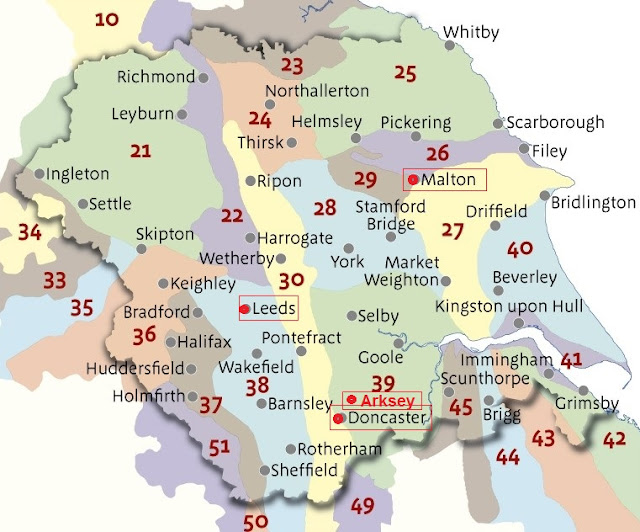 David Norman Breach was born on 24th September 1930 in Malton, North Yorkshire. He was the only child of David Percy Breach (b. 1907) and Nora Fox (b. 1910). After a move to Leeds the family finally settled in Doncaster; firstly living in the Wheatley area then at 43 Fairfield Road, York Road, Doncaster.

After leaving school David worked at a couple of garages in Doncaster before joining his father Percy at his own garage in Bentley, near Doncaster. He took an engineering course at Technical College between 1948 and 1950 initially. Between 1951 and 1956 he completed his National Service in the RAF and further studied engineering. After which he went into partnership with his father at the garage in Bentley. D.P. Breach and Son was a small business with no other employees but was well respected. David took over the business in 1974 following Percy’s death and ran it until his retirement in 1996.

David married Muriel (living) on the 25th of March 1961 at St John's Church in Balby, Doncaster. They had a bungalow built in Arksey where I was born in 1962, and then my sister Jill was born some years later.

Although David was a tee-totalling non-smoker he had heart problems stemming from a heart attack he suffered at the age of forty five in early 1976. things worsened after his retirement and he died on the 1st of June 2001 following by-pass surgery at Leeds General Infirmary. He was aged seventy.


As living relatives, Muriel (my Mum) and Jill (my sister) are not included for privacy reasons. Therefore, this is the end of the Main Ancestral Line.


Use the links in the right sidebar to move on to other branches and associated families.