This ancestral line merges with the Copper branch line (AL3), and then joins the Main Ancestral Breach Line through Richard Breach (b. 1718) and Elizabeth Copper (b. 1722)(Generation Five).


The Dumbrell family lived in East Sussex. The only recorded places are East Blatchington and Wivelsfield.

The Parents and Grandparent of Johanna Herne:

Richard was born in 1457 (unknown place). He married Elizabeth Tayce, born in 1457 in Godmanchester, Huntingdonshire to Thomas Tayce. They had one daughter (known of), Johanna in 1482.

Thomas Tayce was born in 1432 (place unknown but probably in the Godmanchester area). His wife is unknown at this time, but they had one daughter (known of), Elizabeth in 1457.

Thomas is the earliest known ancestor of the whole family tree and is my 16x Great Grandfather.


The Parents and Grandparents of Mary Ridge: 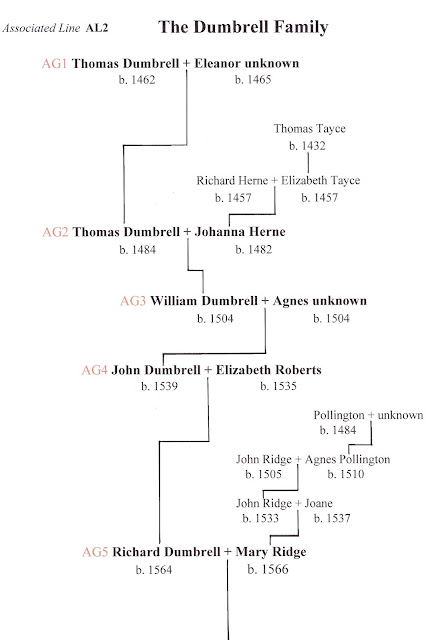 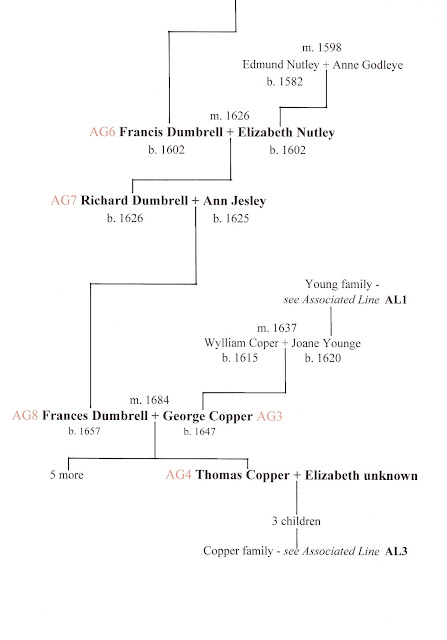 Thanks to Ian Cooper for most of the information contained in this post.