The Young family lived in East Sussex. The only recorded place is East Blatchington.

Yonge is the only name of the first male of this ancestral line. He was born in 1526, but everything else about him is unknown, including the name of his wife. His son, Richard Yonge (no other children known of) was born in 1558.

John was born in 1586, the son of Richard Yonge and Marrian Raynlode. His wife is unknown, but his daughter, Joane was born in 1620 (other children not known).

Joane was born in 1620, the daughter of John Younge and unknown. She married Wylliam Coper (b. 1615) (son of W W Coper and unknown) on the 19th of June 1637, in East Blatchington, Sussex. The couple had nine children as follows: 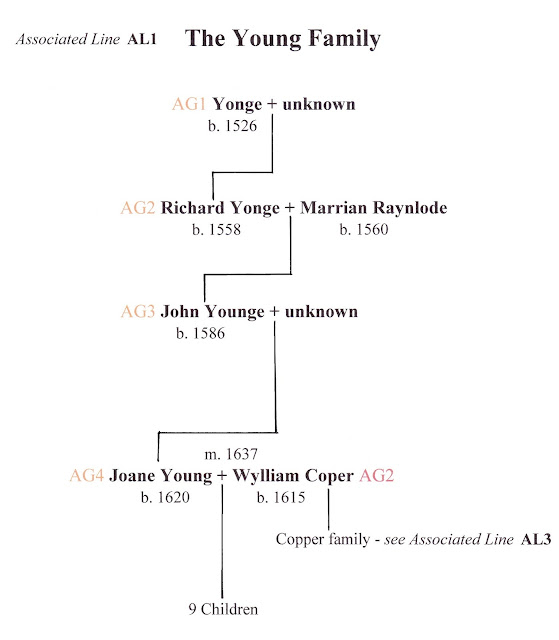 Thanks to Ian Cooper for the information contained in this post.