This branch line follows the third son of Thomas Breach (b. 1640) and his second wife Susannah Ashdown (b. 1663) from Generation Two of the Main Ancestral Breach Line. Names in bold type continue the ancestral line down.

This branch of the Breach family had their origins in Hastings and Eastbourne in East Sussex, and later moved to Suffolk (see further below for Suffolk map).

No death dates have been found for John or Mary.

A 70 ton male Finback Whale was washed ashore dead at Pevensey Bay, Sussex in Nov. 1865. Some 40,000 people were estimated to have made the trip to view it during the first few days. Mark Breach (b. 1815) and colleagues paid £38 for it and after selling all its flesh put the skeleton on display. The skeleton was sold to Cambridge University Museum for £17 more than he had paid for it.


Information from MarinerTonge on Ancestry.co.uk

William Breach (b. 1775) built a 4 storey black wooden net shop under the East Cliff which he was later to bequeath equally, one floor to each of his remaining four surviving sons for their use in storing fishing equipment. The boat "The Boy Leslie" in the picture was the first of the Hastings Fishing boats to have an engine installed in April 1914. Until then all had been sailing Luggers. In the foreground is a wooden horse capstan.


Information from MarinerTonge on Ancestry.co.uk


This generation of the family moved to Lowestoft in Suffolk. 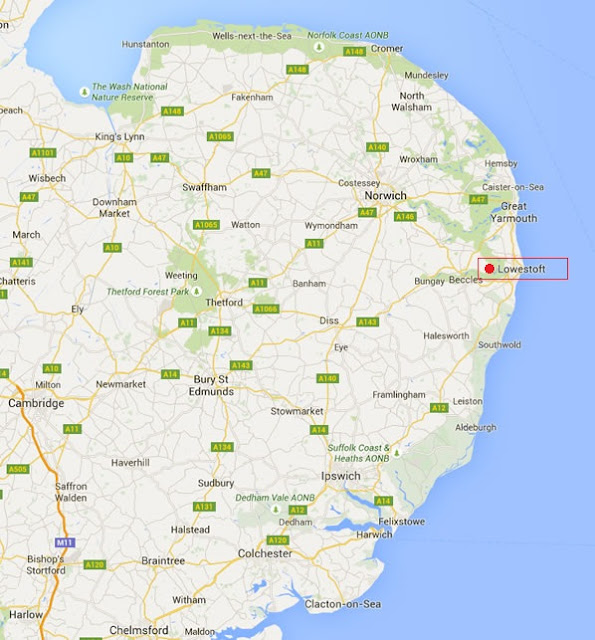 William was born on the 30th of November 1915, in Ellingham, Norfolk, the son of John Victor Breach (b. 1887) and Marion P E Jenner (b. 1885). William married Flora Elizabeth Mackenzie (b. 30 May 1912) in 1938, in Paddington, London. They had two children, Bridget Elizabeth and Nicholas Mackenzie, both of whom could still be living.

All descendants from this point on could be living, and therefore will be kept private. 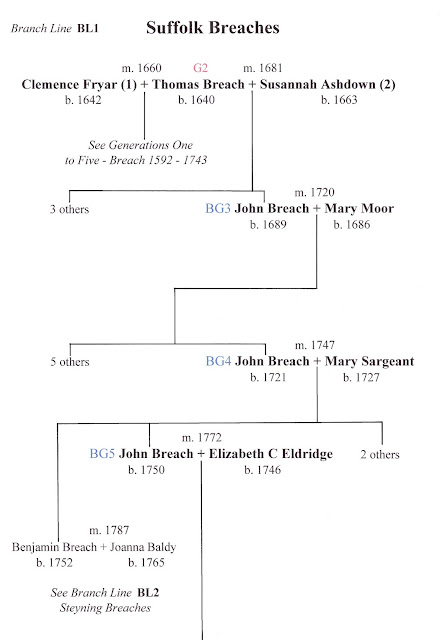 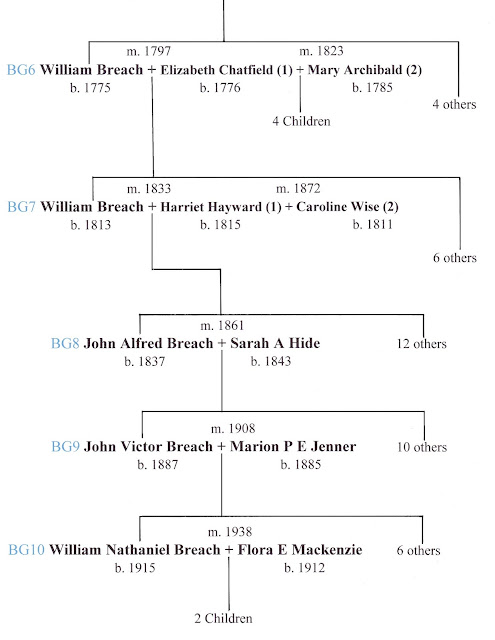 Many thanks to Bonnie Dunn for information contained in this post.


Addendum: On the ancestral tree above BG8, John Alfred Breach should read just 'John'. Many thanks to Nicholas True, his descendant, for correcting this information.